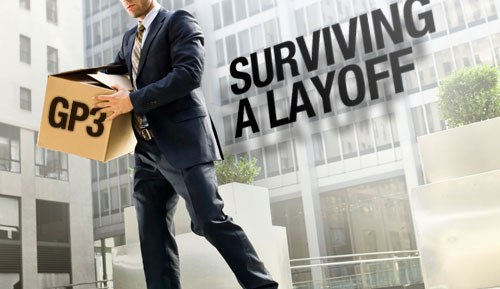 Skip to content
When Layoffs Occur, Who Looks After those Who Remain?

Is the job market in decline?

According to a recent article in The Australian (Jan 17, 2013) businesses shed almost 14,000 full-time jobs in the lead up to Christmas last year. Employment Minister, Kate Ellis, recently said that 22,000 jobs were lost from the Queensland public service in 2012. In December 2012, Santos announced plans to cut 100 jobs in South Australia, while Boral shed 90 positions at a Victorian cement plant. Announcements of further job cuts have continued in 2013 with Boral cutting 885 management and office positions; BlueScope reducing production in Victoria, at a cost of 170 jobs; and Telstra announcing that its subsidiary, Sensis, would cut around 700 jobs.

Reading these figures, there can be no denying that a number of Australian workers began 2013 looking for work. However, what remains hidden from view, and from the thoughts of most of us (and indeed most management teams around Australia) are those hundreds and thousands of layoff survivors who are suffering from LOSS, that is ‘layoff survivor syndrome’.

Layoff-survivor sickness was first recognised by David Noer in his book on downsizing1, and he has extensively studied the affliction and its effects. The underlying cause of layoff-survivor sickness is a pervasive sense of personal violation and Noer describes the malady as “a toxic set of feelings and emotions”, that include:

What this means for workplaces all over Australia, where employees have been directly affected by layoffs (or indirectly affected by witnessing layoffs in other companies in their sector) is that these survivors are suffering. And this suffering can have a serious impact on productivity, and ultimately on the business itself as employees lose their motivation and drive to work. Sure, they show up and do the job (we sometimes call this ‘presenteeism’) but they’re beset by negative feelings that effectively paralyse them, which can have a drastic effect on productivity.

Alongside this decreased motivation and ability to work, recent research2 proves that downsizing can set off an exodus among survivors that, in some instances can create losses much greater than the cuts achieved through the initial layoffs.

Yet, despite the research indicating the very real damage LOSS can do to a business in the short to medium term, I see very little acknowledgement of this problem by managers and HR Professionals, and sadly, even less action taken to address it. However, the good news is that it’s not all that hard to fix once you acknowledge the problem. The most critical step is recognising it for what it is, and then planning to address it. LOSS can then be addressed through implementing some fairly basic HR Practices.

One of the first steps a business should take, when planning to undertake any downsizing or retrenchment activity, is to treat it as you would any other significant change in the business. So not only should you set a detailed plan for the downsize or retrenchments themselves, but also plan how you will roll it out; who will be affected; and the criteria you’ll use to identify who stays and who goes.

Then, importantly, communicate this to your employees, loudly and frequently. Involve them in the process.

Give your employees what they need

Your employee engagement strategies are also a key to success. The survivors need to feel attached to the company and their job. So a strong EVP, and attractive conditions such as flexitime; childcare; and career development assistance will all have a positive effect on mitigating the feelings that come with LOSS.

Practices that convey a concern with “procedural justice”—in other words, practices that give employees a sense that the company is just and fair, such as an ombudsman, a confidential hotline or a formal grievance process—are all a component of your employee engagement strategy and implementing or strengthening these types of practices before layoffs, often help a company mitigate the most serious effects of LOSS.

If you’re interested in further study on LOSS, CAL’s Diploma of Human Resource Management includes a detailed tutorial on LOSS.

1 Noer, D 1993, Healing the Wounds: Overcoming the Trauma of Layoffs and Revitalizing Downsized Organizations, John Wiley & Sons.
2 Trevor, C. O. & Nyberg, A. J. 2008, Keeping your headcount when all about you are losing theirs: Downsizing, voluntary turnover rates, and the moderating role of HR practices, Academy of Management Journal, 51: 2: 259-276. In this article, University of Wisconsin-Madison Business School Associate Professor of Management and Human Resources Charlie O. Trevor and doctoral candidate Anthony J. Nyberg found that while bigger layoffs generally produce bigger spikes in turnover, even a small layoff sets off considerable staff flight.