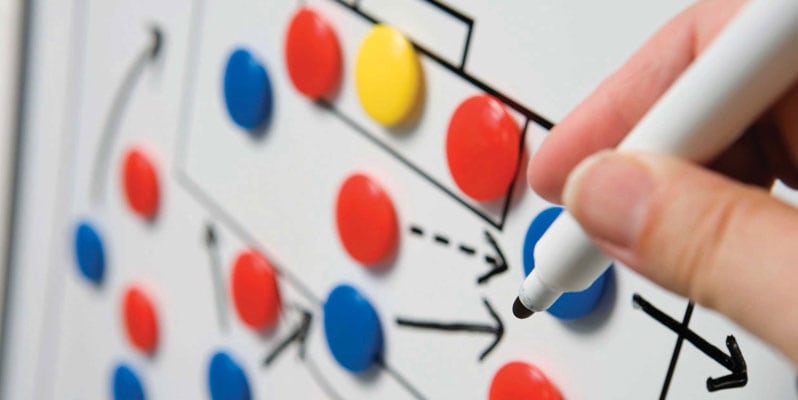 Skip to content
Suppose they gave a Process Redesign and Nobody Came?

One of the crucial requirements of Process Redesign is that people take it up and use it.

Process redesign (re-engineering) in a business environment, is defined as:

So, process redesign involves rethinking business processes and redesigning them.  Not surprisingly, change is a key component of the process.

Change is an integral part of both Process Redesign and Project Management.

It doesn’t matter how SMART the change is and how much cost it saves, the organisation or the project, unless people believe in it and want to change well, the change will never be fully successful.

The Victorian Department of Health’s publication on Process Redesign1 (compulsory reading for those in the Health Sector interested in Process Redesign) touches on 3 theories of Change Management from:

Rogers is right on the money when he asserts that people change in accordance with their consumer behaviour profile. That is, people ‘consume’ change.

But most people consume change poorly. If you look at this table, it’s clear that more than 50% of any group of people will not pro-actively embrace change. In fact, if we’re talking about embracing change well, it’s only that very slim group comprising less than 16% of any group  that will do so.

When the innovators and early adopters (collectively change agents) get all enthusiastic and start running around saying “Have I got a deal for you,” the marketplace is, realistically unenthusiastic (making up more than 84% with 34% neutral and 50% skeptical.

It should be remembered that people and organisations change when they:

Often the 16% hot to trotters have well and truly moved on to the next project before the laggards have even started to consider buying into the spruiked change.

So why is that people don’t buy into change – that some 60%-70% of organisational change projects fail?3

Well, we just don’t handle it well. Very often, there is only mass marketing, not individualised marketing strategies to sell the change.  Very often, these messages are crafted by the innovators and early adopters,  who are already sold on the change.

I wonder what the laggards would say if they had to craft the change messages?

In any case, here is the magic formula for successful change. This magic formula known as Gleicher’s Formula was developed and refined by David Gleicher and Richard Beckhard and it goes something like this:

D =    Desire/Dissatisfaction/Distress – strength of commitment to & desire/drive for change, dissatisfaction with or distress from present situation.

V =   Vision -the future & benefits flowing from the change – the desired future state.

P =    Plan (particularly first steps) – the competency of change plan, particularly the 1st steps to get change momentum across everybody

must be greater than

C =   Cost/Resistance  – the cost of and/or resistance to the change (emotional, relationships, physical, monetary, time, etc.).

Otherwise, the change will fail

Now we know what to do.

It’s all very well to get excited about process re-design and the improvements and changes it will bring with improved productivity and increased bottom line results. But, this only happens where all stakeholders embrace and work with the necessary changes.

So, don’t forget the people.

Plan the strategy for each of the consumer profile groups.

Remember we have only succeeded when we are all back safe behind the wire.  Make sure  that your change process means that everybody gets there safely!